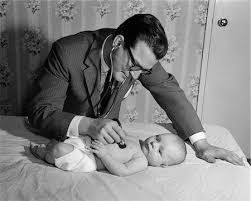 Last week I went to a homeopath. Do you know what they are? Pellet pushers. Tiny, tiny pellet pushers being pushed by tiny people. Tiny people in tiny clothes eating tiny lunches. Unless they are of a certain age, and then they are tiny people in enormously billowy clothes, eating tiny lunches. Like all alternative medicine people, their look and lifestyle is the marketing. You wouldn’t, say, go to an alternative medicine person if they had teeth missing, for instance. They think that you want to go to someone who radiates who you aspire to be. The marketing says, ‘You, too, would be living la vida loca if only you did what I did. Eat tiny pellets and you could be just like me, all wise, spiritually serene, naturally good looking and tiny’.

The pellets are so easy! They taste like candy. It’s not like that hardcore Chinese medicine. No sir. That shit is for real. They have nothing that tastes like candy, not even the candy. Chinese medicine is like gargling your yard. So, no thank you, I am having too much of a hard time with what I’m already dealing with. I don’t need to choke anything more down. I want easy.

This is what a freaked out mother looks like….

So, I’m happy to try this homeopath because one, I will get to have sugar pellets, but also because the treatment looks at the whole person. I need what I am going through to resolve in its entirety, so if the person can give me pellets to change the past, I am in! My past needs a good talking to, and I know there’s a name for doing that. What’s it called? Oh, right. It’s called therapy. I don’t have time for that right now. No, I’m desperate, like many of us who decide to try a new alternative medicine route. I need something new to believe in, not something old to process. Yuck. I’d rather clean out my toilet. You know why? Because at this point, I haven’t slept in three weeks. If someone so much as looks at me wrong, I want to either go flail my arms around in anger or flail them in sadness. Either way, I want to flail.

I had hopes for this homeopath who came so highly recommended. So, you can imagine my reaction when she came out in her caring-but-only-on-the-outside front. It was her handshake. Why is it that so many alternative medicine people have shitty ass handshakes? What’s wrong with meeting people in the physical world from time to time? I ask you? And then, she didn’t even shake my wife’s hand and that’s a big no-no. You don’t meet a lesbian couple and only shake one of their hands. Everybody knows that. Other than a random dead body being present in the room as an excuse, you need to shake both of the peoples’ hands. It’s just nice. Also, because we are both women, you don’t know which one of us is playing the boy part, who pays for the appointment. So just cover your bases. JUST KIDDING! There’s no boy part to play! But can I tell you just how many people I’ve met who actually think that? I suppose this is a cultural learning process. Some are just faster at realizations like this than others. No shame in it, but let’s just speed it up.

This leads me to another reason I am turned off by this woman. It’s her thinness masked as healthy. Does she have celiac? Probably. How do I know? Because she is hinting towards that kind of diet. I don’t have the celiac. Not every damn body does well on a gluten free diet. The Chinese proverb fits; ‘When you are a hammer, everyone looks like a nail’. So stop hammering on. Not EVERY kid is going to need to be dairy free for the rest of their lives, even if they have an ear infection. Which was another reason we went to see her. Yes, I went for my son, but I was hoping for compassion from her in which she sees the whole family as part of the healing process. My family of five is like a whole galaxy, and yes, I’m including my two kitties. Don’t even think I wouldn’t. We move based on the magnetic pull and movement of each other. It’s a beautiful dance…until it isn’t. Right now we are like the white guy dancing 80s style, all stiff and no rhythm, with the arms doing some kind of pumping action. It looks and feels uncomfortable and clunky. How is it that I’m missing the beat? This sucks.

The homeopath did one last thing. She made me cry. Oh, I know. No one can MAKE you do anything. Let’s just say, with a kid being sick for three weeks and getting no sleep, I could’ve used more understanding and listening and less blame throwing. Like flame throwing except it keeps burning through like shame. Blame, shame, flame thrower lady, you are NOT HELPING. Then, she started giving me nutritional advice. I have a certification in nutritional therapy but when I told her that, it was like I was speaking quietly to myself. She wasn’t listening. She just kept talking. The issue was cow’s milk for baby. Yes, I give my kid whey protein formula. Well, she heard that one. She put her pen and clipboard down, spoke slowly for dramatic purposes I guess, and explained how babies, or any human, should not be on cow’s milk. Ever. “So, do you have recommendations for what to give him that will have comparable nutritional value?” I asked her three times during her milk hating rant. Finally, she replied. ” If you really need to give him something white to drink, try coconut milk”. What? Why would I be hell bent on the color of his drink? I pressed giving her our history again, to help, so she interrupted by saying that she, “only had 17 years’ experience to back her up”. What? I’m just trying to TELL YOU SOMETHING! How does your defensiveness help me? Then, she asked if we vaccinated. Well. That’s always the card that gets thrown down in the alternative medicine world as to whether you are a true member or not. That, and stretchy, organic cotton clothes. And being vegan. And herbal tea. And tiny lunches with kale, with apple cider vinegar for dressing. I happen to like vinegar for dressing, but it’s all or nothing, sister. You’re either in or you are out.

She gave us some sugar pellets at the end but never informed us what it was. We left angry, disheartened and like we should have been doing more than we were. I gave the pellets to my son anyway in the parking lot after the visit, and he eventually got better, but only after he projectile vomited the entire contents of his stomach, including the sugar pellets. My son has a way of getting the message across.